Tennessee’s climate polluters have been mapped. Some might surprise you.

Climate polluters have a new spotlight on them thanks to a new global data effort.

The Tennessee Valley Authority’s Cumberland Fossil Plant, a coal plant near Clarksville, took the top spot in the state. Among power plants in North America, the Cumberland plant is the 10th biggest contributor to climate change, according to the data from Climate Trace, which is a coalition of environmental groups, academic scientists and tech companies that is backed by former Vice President Al Gore.

Globally, oil and natural gas fields represent the top 14 worst offenders, despite being historically underestimated sources of emissions. The Permian Basin in Texas is the biggest contributor to climate change in the world, and the Marcellus Shale, concentrated on the Ohio and West Virginia borders, ranks third.

Natural gas in Tennessee is sourced from various interstate pipelines. The Marcellus Formation, which technically stretches into Tennessee, accounts for about 21% of all U.S. gross natural gas production.

Urban road networks were also major sources of greenhouse gas emissions. A stretch of roadways in Los Angeles ranks as the 16th biggest contributor to climate change in the world.

Governments often project emissions based on the how much coal is burned or how much traffic is on roads. The U.S. Environmental Protection Agency, for example, tracks self-reported emissions from stationary sources each year, and TVA’s Cumberland plant ranks 13th among the nation’s power plants on that list.

This new project aims to get more precise numbers by using satellite measurements of heat at individual sites.

The data has been released before a formal peer-review process. Scientists involved in the project have said its goal is to provide greater transparency of climate accountability, and they plan to write academic papers on the data soon. 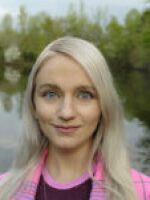