Early voting turnout for the Nov. 8 election is nearly 45% lower so far than in 2018, mainly because no statewide races are demanding voter attention, political experts say.

The Tennessee Secretary of State’s Office reports 536,639 people cast ballots during the first 10 days of early voting, through Oct. 29, compared to 967,840 in that time frame four years ago. The count includes absentee ballots.

Turnout started at 60,000 when early voting began and increased toward the end of last week when a high of 70,771 people went to the polls on Friday, according to the Secretary of State’s report. Early voting ends Wednesday.

This year’s numbers are up significantly, though, from the 2014 turnout when only 341,776 voted early through the first 10 days of the election.

“There were millions and millions of dollars being spent on political advertising on media, and those types of races drive interest and drive turnout,” political expert Kent Syler says of comparisons to the 2018 electoral cycle.

This year’s ballot contains no U.S. Senate race, though it has three contested congressional races involving Davidson County, two of which are drawing the most attention.

Republican Gov. Bill Lee is seeking re-election against Democratic candidate Jason Martin, a Nashville physician. And although Martin is carrying the Democratic mantle and campaigning hard, he doesn’t have a hefty campaign account – only $249,493 on hand at the end of the last reporting period – that could help him put a dent in a red state where about 65% voted for former President Donald Trump in 2020.

“There were millions and millions of dollars being spent on political advertising on media, and those types of races drive interest and drive turnout.”

Trump candidates remain popular in Tennessee, but regardless, it is difficult for a newcomer to defeat an incumbent in a statewide race.

“If you look back at the history of governors running for a second term, they’re undefeated,” Syler says. “Generally, whether it be Democrats or Republicans, it’s been tough to find a good candidate to run.”

Raising money and enthusiasm is hard for the challenger, he points out. Martin brought in $1.1 million and spent $872,416 by the end of September.

The governor, who also had $4.58 million in self-endorsed loans, has made at least two media buys for TV political ads coinciding with early voting.

Usually, a presidential election, a highly-contested gubernatorial race, such as those in Pennsylvania and Georgia, or a hard-fought U.S. Senate campaign push people to vote, Vile notes.

Tennessee has four constitutional questions on the ballot, but even though the matter on enshrining Tennessee’s right-to-work law in the Constitution could be considered controversial, they aren’t driving crowds to the polls, Vile says.

“If you want to get into politics, the smart thing to do is to do it when there’s not an incumbent running,” Vile says.

For instance, the 5th Congressional District seat was vacated when longtime Democratic Congressman Jim Cooper opted not to run, saying Republicans’ redrawing of the district made it too difficult for him to win re-election.

Ogles has picked up his public appearances in recent days after staying out of the limelight early in the race. Yet Campbell has brought in more money and has bought TV ads in the race, likely cutting into what is considered a solid Republican district by national polling groups.

Vile notes that decades ago, one of Tennessee’s virtues was that both Republican and Democratic politicians were moderates.

“Now, particularly on the Republican side, not so much,” he adds.

Ogles and Republican U.S. Rep. Mark Green, who faces Democrat Odessa Kelly of Nashville in the 7th Congressional District race, both say they want to cut Social Security and Medicare.

Despite those stances, Democrats are expected to have trouble winning votes in those congressional districts, mainly because of the way they were drawn.

Green’s race is likely considered the most competitive simply because of the way the district was drawn, placing more urban Nashville voters in the 7th District. Green recently told the Tennessee Lookout he thought the redistricting was “inherently unfair.”

Meanwhile, Ogles’ campaign has opted against running negative ads against Campbell, a sign he’s not worried about the Democrat’s ability to overcome a large Republican voter margin in the district.

“It’s a heavy lift for Democrats right now in the rural areas, especially, of Tennessee,” Syler says. “But that’s not a uniquely Tennessee problem for Democrats. The Democrats are struggling in rural areas across the country.”

While the minority party increased its numbers in places such as Rutherford and Williamson from the 2016 to 2020 elections, it still has a long way to go, Syler says. 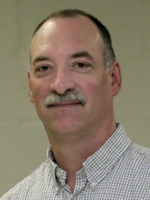