The Effects Of El Paso Shooting On Latinx Community In The U.S.

A year has gone by since a white gunman killed 23 people at a Walmart in El Paso, Texas. The shooter specifically targeted Latinos, and the attack has left a deep wound in that community. Maria Hinojosa is host of the podcast and radio show Latino USA, and she went down to that border city just after the shooting.

UNIDENTIFIED PERSON: It is very painful to see my father fighting for life after receiving this damage in his body.

SHAPIRO: And Maria joins us now to talk about the anniversary and how the community is doing today.

Good to have you on ALL THINGS CONSIDERED.

MARIA HINOJOSA: Good to be here.

SHAPIRO: So you went to El Paso just after the attack. Tell us about what stuck with you on that reporting trip.

HINOJOSA: You know, Ari, when I was thinking back about the memories - and it's things that you want to push to the back of your mind - right? - because when you think about them, they're just so sad and so traumatic. You know, soon after we arrived - we landed, and we went straight to the Walmart where the shooting had happened. It was evening, and there was a vigil.

And then we ran into a woman who was with her partner, and she seemed a little lost. And she just said, look. I almost went to work. I didn't. I wasn't working this particular day. But my co-workers started calling me. They called me from there. I was hearing them on the phone when the shooting was happening. I could hear, and then they were sending me the videos. And she's like, and that's where I usually stand where I work, and this is the other place where I usually stand and work. And this is my colleague who got out, and this is how she was crouching.

And I just remember - you know, because I covered Sept. 11, I just remember looking at her and saying, I know you're feeling really traumatized right now. And it's going to get better only with time, but you have to heal. And that image of her - it just - it hasn't left me.

SHAPIRO: And so a year later, as we think about this anniversary, what do you see as the echoes, the ripples?

And so when you put this attack in El Paso, this hate crime, this massacre into context, I think that's where we really have to focus because, you know, there's a lot of silence about the violence against Latinos and Latinas historically in the United States. And it's mostly invisible, so people don't necessarily think about the fact that, like, you know, like, the Texas Rangers right outside of El Paso in 1918 actually massacred 15 boys and men in a massacre known as El Porvenir. There have been lynchings of Mexicans along with African Americans and Indigenous people and Asians. So it's a lot. What we do know is that we have a spirit of not giving up and not going away.

SHAPIRO: Yeah. You've described this massacre as an attack against immigrants living in the United States broadly. Tell us why you see this as going beyond El Paso and Mexicans and Mexican Americans specifically.

HINOJOSA: Well, you know, many Mexicans like me - we were born in Mexico. And we live in the United States, and we go back and forth. And right now with this particular administration, everybody sees it reflecting in the policies. When I was down in El Paso a year ago, there was this idea of a wall. When I went back in January of this year, the wall is actually an entire policy wall that has made Mexico the entire wall, keeping people stuck in Mexico.

So this whole relationship between the United States, Mexico, immigration, how we are painted and consistently dehumanized - and how do we know that? It's really the way this particular president launched his campaign - was insulting Mexicans and immigrants specifically. And immigrants - we're all of you. You can't - you know, that's the whole thing - is you can't say, oh, well, that person wasn't born here, and that person wasn't born - you don't know. You just don't know.

SHAPIRO: Of course, this anniversary comes while the country is wrestling with structural racism, and that's a conversation that has centered on Black people. But tell us how you see Latinx communities and the legacy of this shooting fitting into this broader conversation right now.

HINOJOSA: You know, the violence against Mexicans and Latinos and immigrants is centered and rooted on anti-Black violence and anti-Indigenous peoples violence for sure. And when I look at the numbers, you know, the most recent numbers for 2018 say basically that anti-Latino, anti-Mexican, anti-immigrant hate crimes - basically up about 20%. But the thing that I keep saying is, but who's not reporting? Who's not reporting? For Latinos and Latinas, much of this is still invisible. And if you're undocumented or an immigrant or even Latino or Latina right now, are you feeling safe enough to go in and report this to the police? So my concern is that the invisibility that accompanies the dehumanization is something that, as Latinos and Latinas - we're bearing the brunt of that right now.

SHAPIRO: Maria Hinojosa is president of the Futuro Media Group and host of Latino USA.

It's so great to talk to you. Thank you very much.

HINOJOSA: It's been a pleasure. Thank you. Transcript provided by NPR, Copyright NPR. 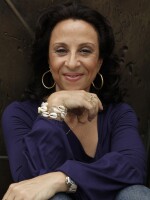 Maria Hinojosa
For 25 years, Maria Hinojosa has helped tell America's untold stories and brought to light unsung heroes in America and abroad. In April 2010, Hinojosa launched The Futuro Media Group with the mission to produce multi-platform, community-based journalism that gives critical voice to the voiceless by harnessing the power of independent media to tell stories that are overlooked or under reported by traditional media.
See stories by Maria Hinojosa
Learn All About WKMS Vehicle Donation!
Looking for Something to Do?
Search Local Events