The Hobby Lobby retail chain has filed suit against the federal government over a provision of the new healthcare law that requires companies to provide coverage for the morning after pill. Company founders say they base their business on biblical principles and maintain the Obama administration shouldn't be able to force them to provide coverage that "violates their own faith." Kyle Duncan is the general counsel for the group representing Hobby Lobby in the suit.

"The government has turned a deaf ear to the rights of business owners, " said Duncan. "They have offered no delay, they have offered no accommodation. And therefore Hobby Lobby has been forced to go into court and file this lawsuit. "

The administration's proposal for an accommodation of the issue will be finalized next August, but Duncan says Hobby Lobby will start facing fines if it doesn't comply by January. The company currently provides contraceptive coverage for its employees, but objects to what it calls "abortion inducing drugs." Hobby Lobby has seven locations in Kentucky, including Paducah 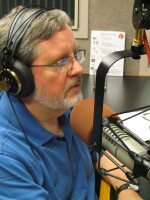