The re-election campaign for Senate Republican Leader Mitch McConnell is dismissing a poll conducted by The Louisville Courier-Journal, which shows the GOP leader with just 17 percent support.

According to the survey, voters opposed to McConnell’s re-election outnumber supporters 2-to-1. It also found that only one-third of Republican voters support him in the 2014 election, adding further fuel to Tea Party criticism and outright defiance of McConnell's leadership in Kentucky.

McConnell campaign manager Jesse Benton responded by saying no incumbent could fare well given the surveys line of questioning.

"The question itself minimizes the level of support for an incumbent by requiring a poll respondent to pledge their allegiance despite the prospect of an unnamed utopian candidate looming in the wings," said Benton.  "To make the bias even more pronounced than a generic 'someone else,' which is difficult enough, this question hardens that by asserting you must support him 'no matter who runs against him.'  So your neighbor, best friend, husband/wife, priest, pastor, reverend or rabbi wouldn’t get your vote if they were on the ballot.

Benton has called the poll an irresponsible attempt to stir up cheap headlines by the newspaper, but national observers such as MSNBC morning host and former Republican Congressman Joe Scarborough say that McConnell should be worried about the numbers.

"I would be horrified if I had a poll coming back in and I was a sitting incumbent. This is bad news," says Scarborough. 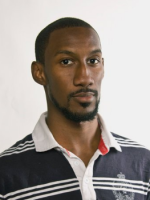