Both the RPK and the Kentucky Democratic Party have weighed in on the opinion. According to documents provided by the RPK to news outlets, the part of its request denied included communications about school closings and remote learning during the coronavirus pandemic.

The documents show that RPK Director of Communications Sean Southard submitted an open records request to the governor’s office in December. Under the state sunshine law, requests can be made for public documents, including correspondence by officials. If requests are denied, the act allows requesters to appeal to the Office of the Attorney General.

Records sought included correspondence between 13 individuals with ties to the governor’s office and Kentucky Education Association President Eddie Campbell and Jefferson County Teachers Association President Brent McKim, as well as correspondence among the 13 “mentioning or related to school closures, remote learning, nontraditional instruction or NTI, KEA or the Kentucky Education Association, JCTA or the Jefferson County Teachers Association from December 10, 2019 to present.”

According to a letter signed by Beshear’s Deputy General Counsel Taylor Payne to Southard, the office found three records in response to the request about Campbell and none with McKim. One document, which it said was a preliminary record about “the scheduling of a meeting that may not have occurred,” was withheld.

The governor’s office denied the request for correspondence mentioning or related to school closures, remote learning and other terms between 2019 to 2022 because it said it did not “precisely describe” a scope of records to identify and cited past attorney general opinions and cases.

Opinions on open meetings and open records decisions from the Office of the Attorney General can be appealed in circuit court.

According to a footnote in the decision, Cameron, a Republican who is running for governor this year, recused himself from the decision, but “the Office must nevertheless carry out its mandate to adjudicate disputes under the Act.”

Beshear, the Democratic incumbent, is seeking a second term.

Crystal Staley, the communications director for the governor, told the Kentucky Lantern that the Office of the Attorney General “changed the rules of the game during the appeal process. Our office was never given the opportunity to respond to the specific request they ruled on.”

In a statement, the Republican Party of Kentucky asked what Beshear “is trying to hide about his pandemic response” after “stonewalling” the party’s open records request.

“Andy Beshear continues to escape scrutiny for how he and his team made decisions related to school closures during the pandemic,” Southard said. “After presiding over historic learning loss for students, doesn’t Andy Beshear owe parents transparency about who was advising him and how he made decisions? What is he trying to hide?”

The Kentucky Democratic Party in a statement accused Cameron of using his office “yet again this week to attack a political opponent” despite his recusal from the decision.

“Daniel Cameron has made it increasingly clear he will use his office not to make Kentucky safer, but to go after political opponents in both parties,” said Kentucky Democratic Party Chair Colmon Elridge. “Daniel Cameron violated ethics laws by instigating baseless investigations against Governor Beshear and has now ruled over and over against his GOP opponents in the 2023 election. Daniel Cameron isn’t fighting for Kentucky — he’s fighting anyone who’s a threat to his ambition — and he’s using a state office and state employees to do it. ”

In election season, it is not unusual for political parties to request public documents from opposing officials. Earlier this month, the Office of the Attorney General rendered a decision that the city of Somerset violated the Open Records Act when failing to adequately respond to requests from Kentucky Democratic staffers within five business days. Somerset Mayor Alan Keck is also seeking the Republican nomination for governor. The office also weighed in last year on appeals from Kitchen regarding the the Office of the Attorney General and the Department of Agriculture, which is currently led by another gubernatorial Republican candidate Commissioner Ryan Quarles.

This story was originally published in the Kentucky Lantern. 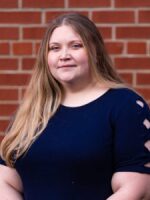