Crews will be continuing work on our WKMT transmitter tower in Water Valley this week. 89.5 FM will be on reduced power starting at 9am each day. We're sorry for the disruption. The WKMS main signal and other signals will not be affected.
Health

The state agency tasked with Kentucky’s coronavirus testing has been dealing with funding issues, struggling to keep up with mandatory technology upgrades and retain qualified staff — all while grappling with a hepatitis A outbreak and the opioid crisis.

That’s what the Department for Public Health told the governor and legislature this fall when it filed its request forfunding in preparation for budget season. The request was submitted a month before the first COVID-19 case appeared in China, but even then, the department warned that failure to invest in public health programslike the state Epidemiology and Health Planningprogram “could result in a resurgence of preventable and/or controllable communicable diseases, inability to detect outbreaks and epidemics.”

Three labs are now testing for coronavirus in Kentucky. But until academic and commercial labs came online on Thursday, the state lab has bore the weight of testing for the outbreak. Thursday morning, 64 Kentuckians had been tested. But by Thursday evening, after the new labs were testing samples, the number of tests rose to 118. So far, Kentucky has logged 11 confirmed cases and two presumptive positive cases.

The 2021-22 budget is not yet final, but so far, neither the governor’s recommended budget nor the legislature fulfill the Department for Public Health’srequestfor $122 million and $124 million respectively. The governor’srecommended budget, introduced in January, provides $94 million and $95 million over the biennium. The spending plan put forward byRepublican lawmakersand currentlyunder considerationby the Senate provides $102 million both years.

This comes after years of underfunding. During the previous budget biennium, which includes the 2020 fiscal year which ends June 30th, the Department for Public Health requested $124 and $127 million for each respective year. Theenacted budgetprovided $76 million each year.

Departments frequently request more than they receive, and there’s simply not a lot of money to spread around Kentucky’s budget. But the coronavirus’ spread throughout the state shows how decisions made during budget season have unforeseen—and lasting—consequences.

At a press conference on Thursday, Gov. Andy Beshear said that until larger private and academic labs to test for coronavirus get up and running, the state’s goal is to do the best it can with the resources available.

A spokesperson for the Cabinet for Health and Family Services, which oversees the Department of Public Health, did not provide comment for this story.

Federal funds cover about half of the Kentucky Department for Public Health’s budget. Most of that money goes towards local health departments, which have themselves beenstruggling to stay afloatthanks to funding shortages and rising pension costs.

Fiscal problems are apparent in another section of the public health department: theDivision of Laboratory Services(DLS). The DLS describes its role as testing and analysis that “supports critical activities like disease investigation, control, prevention and surveillance.”

“In order to maintain current services, but also implement new technology that already has been adopted by other states, DLS needs increased General Fund support,” the request reads.

The Division of Lab Services gets support from the federal government through the Centers for Disease Control’s Public Health Emergency Preparedness grant. But it also asked for more state money to sustain the program and implement new, needed technology.

“In fact, DLS has been forced to shift focus on funding salaries and fringe benefits to ensure competent lab staff, rather than equipment, supplies and training,” therequest said.

The labs told legislators and the governor’s budget office that two of its information systems would reach “end of life” status in 2019. The systems support federally-mandated testing such as screening newborn babies for diseases and tests for HIV, hepatitis and the flu.

DLS bought the one system needed for microbiology testing for $600,000, but the division asked for $1.5 million to cover the upgrading costs of both systems. Without upgrades,DLS said, “there is the potential for the inability to test and result in federally mandated deficiencies, which could lead to developmental issues or even death in the affected babies of the commonwealth.”

Retaining competent staff has been a constant problem for the labs, according to the budget documents. “Since DLS is at the cutting edge of technology, individuals tend to leave for other jobs once they acquire the skills,” therequest said.

This is not unique to Kentucky. While testifying before the U.S. Congress on Wednesday, CDC director Robert Redfieldsaid that underfunding of public health labsnationwide has contributed to the difficulty in getting coronavirus testing up to speed.

(Official White House Photo by Keegan Barber) Dr. Robert R. Redfield, Director of the Centers for Disease Control and Prevention, addresses a briefing on the latest information about the Coronavirus Friday, Jan. 31, 2020, in the James S. Brady Briefing Room of the White House.

Rep. Steven Rudy, R-Paducah, the chairman of the House committee that authored the budget bill, did not respond to requests for comment.

In its funding request,the lab saidit has struggled to fund specific program areas, including programs aimed at testing for HIV as well as chlamydia and gonorrhea, two sexually transmitted diseases thathave been on the rise in Kentuckyand other states in the region.

Federal funding for HIV testing decreased by $30,000 during the previous biennium, and the department asked for more money to cover the extra costs, which the department says include direct personnel and indirect costs. The department request says continued financial support from the state is vital due to the opioid epidemic that increases the likelihood of transmitting infectious diseases through needles. The funding is important, the report says, “particularly in light of the lesson learned in regards to the Hepatitis A outbreak, which was at one time, the nation’s largest.”

The epidemiology department, which is responsible for investigating and controlling outbreaks such as coronavirus, relies on the general fund for only 6% of its annual budget. The rest is a combination of federal funding and revenue generated through selling birth, death and marriage certificates and drug rebates from the Kentucky AIDS Drug Assistance Program.

But that 6% is crucial, thereport said, because the state’s contribution helps with matching requirements that are needed to qualify and receive federal grant awards.

The public health department’sbudget requestlists $57 million in expenditures for epidemiology each year of the 2021-2022 budget, which includes federal spending. The state’s contribution under this request would be $10.9 million each year.

The governor’s version contributes less than half of this amount for epidemiology: $3.2 million each year. 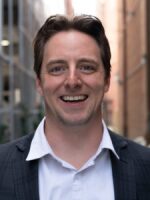