Ky. counties and cities get first installment of money from national opioid settlements

Now they have to decide how to use it

Kentucky’s cities and counties have received their first installment of the state’s money from the national opioid settlement, most of which must be used to combat the opioid epidemic.

Knox County Judge-Executive Mike Mitchell said he is exploring how to get the most from the $365,000 or so that the economically distressed county in southeastern Kentucky got from the settlements in 2022, including partnerships with other organizations or implementing programs that focus on prevention, education, re-entry and rehabilitation.

Mitchell said any decisions about how to spend it will require input from the community and a Fiscal Court vote. “We will be very cautious about what we do,” he said. “We want the maximum benefit out of this for the community and to make sure that it’s being applied to fill the needs that it is intended for.”

The money comes from a $26 billion settlement with drug maker Johnson & Johnson and the nation’s three top drug distributors, Cardinal Health, AmerisourceBergen and McKesson Corp. Kentucky’s share of the settlement was $478 million, with half the money going to the state and the other half going to local governments. The state’s allotment will be distributed by the Opioid Abatement Advisory Commission, housed in the attorney general’s office.

Mitchell said that while he is pleased to get help to fight the opioid epidemic, no amount of money will fix the damage that’s been caused by the drug companies.

“It’s unfortunate that Kentucky’s eligible to receive this because there’s no way to replace the damage that’s been done by the pharmaceutical people,” he said. “I feel they’re totally to blame. That’s a big part of our drug problem, in the way this opioid was misrepresented. . . . It’s not an exorbitant amount of money, for the damage that they’ve done. . . . There’s no way to go back and re-do the impact that they’ve had in our community.”

Kentucky has been one of the states hardest hit by the opioid epidemic. In 2021, the state recorded 2,250 overdose deaths, with 73% of the deaths involving fentanyl.

How much did your city or county get?

Every Kentucky county received its first allotment of settlement money in December, ranging from $15,994 in Robertson County to $6.7 million in Jefferson County. The Kentucky Association of Counties has posted online the estimated allocations for every county through 2038.

State law says no less than 85% of the proceeds received by each local government “shall go toward abatement of the opioid epidemic in those communities.” Another statute defines acceptable use of the funds and includes a wide range of criteria and guidelines for reimbursement of prior expenses and the funding of new programs related to prevention, treatment and recovery of people with opioid-use disorders and co-occurring substance-use disorder, or mental health issues.

Each year, local governments must tell the Opioid Abatement Advisory Commission how they are spending the money. That agency “is not responsible for the allocation of opioid settlement funds to Kentucky cities and counties,” Krista Buckel, communications director for Attorney General Daniel Cameron, said in an e-mail.

How were the allocations determined?

The amount for each local government was based on “population adjusted for the proportionate share of the impact of the opioid epidemic,” according to a National Opioid Settlement FAQ fact sheet. Impact was determined by the amount of opioids shipped to the state, the number of opioid-related deaths, the number of people with opioid-use disorder in the state, and each political subdivision’s proportionate share of those numbers.

“Adjustments were made to reflect the severity of impact because the oversupply of opioids had more deleterious effects in some locales than in others,” the fact sheet says. “Ultimately, the model allocates settlement funds in proportion to where the opioid crisis has caused harm.”

Asked for details on how the money was divided between cities and counties, Jennifer Burnett, director of policy, research and communications for the counties association, said they “were assigned a . . . ranking percentage based on three or four data points,” and the money was distributed based on a formula applied by Brown Greer PLC, the settlement administrator. Brown Greer, a Richmond, Va., law firm, did not reply to a request for further explanation.

A stated desire to spend the money wisely

Manchester Mayor Steve Collins was just two days on the job when he told Kentucky Health News that he had already reached out to the attorney general’s office to get details on how settlement money could be spent. KLC estimates that Manchester received $15,587 from the settlement in 2022.

“I think it’s urgent that we spend it, but I also think it’s very important that we . . . discuss what would be the best way to spend it,” he said. “I think that’s the main issue, making sure we put it in the right direction. Just do not hurry and spend it to be spending it, but spend it to be actually the most beneficial to the community.”

Woodford County Judge-Executive James Kay said his county already had an Opioid Task Force and there may be several initiatives in place or in discussion that the money could help. He said combining money with other organizations could heighten its impact, and said he would ask the public how they would like to see it spent. The counties association estimates that Woodford County received $123,595 from the settlement in 2022.

“We want to make sure that we spend the money wisely, efficiently and effectively,” Kay said.

Versailles Mayor Brian Traugott said he would like to see the city’s settlement money spent on prevention, particularly in finding ways to keep young people busy and off of drugs. In addition, he said it will be important to consider programs that help with “post-treatment” and second-chance employment. KLC estimates that Versailles received $17,551 in settlement funds in 2022.

Traugott added that it will be important to get “boots on the ground” people involved with how to spend the money as a way to make sure “that we are utilizing these funds in an effective way.”

Cameron recently announced additional settlement agreements with Walmart, Teva Pharmaceuticals and Allergan for their roles in the opioid epidemic. Money from these settlements will also be divided between the state and local governments, with the same requirements. 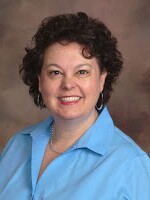 Melissa Patrick, Kentucky Health News
Melissa Patrick, staff reporter for Kentucky Health News, is a registered nurse and holds degrees in journalism and community leadership and development from the University of Kentucky. She has received several competitive fellowships, including the 2016-17 Nursing and Health Care Workforce Media Fellow of the Center for Health, Media & Policy, which allowed her to focus on and write about nursing workforce issues in Kentucky, and the year-long Association of Health Care Journalists 2017-18 Regional Health Journalism Program fellowship.
See stories by Melissa Patrick, Kentucky Health News
Learn All About WKMS Vehicle Donation!
Looking for Something to Do?
Search Local Events
Related Content