High school stage performances often prove to be nothing more than memories, but Kashmere High School in northeast Houston has spawned a sensation that's still drawing listeners, some 40 years later.

Conrad Johnson, the school's band master, formed the Kashmere Stage Band with some of his very best students and took them to compete at high school festivals. The band became a national phenomenon — not just at band competitions, but in the world of commercial popular music.

Today, Johnson is 92 and physically frail, but he remembers vividly a concert nearly 40 years ago that changed his life: Otis Redding was performing.

"[Redding] was kicking!" Johnson says. "He let all of his men perform, sing, play, and do everything. So I saw that and I went back and [asked my band], 'If I were to get you to do a show while you're playing and teach it to you, do you think you could do it?' My band said, 'If you believe we can do it, we can do it.'"

At first, judges didn't know what to make of the kids from Kashmere in their platform shoes and matching crushed-velvet suits. Their impeccably choreographed moves were more James Brown than high school big band, and the music was often an original funk composition by Johnson himself.

But KSB was soon winning national championships, and a larger-than-life reputation as undefeatable. For 10 years, even with constant changes in the lineup as kids graduated, KSB was considered by some to be not only the nation's best stage band, but one of the best funk bands — period.

Between 1968 and 1978, KSB recorded eight studio albums. As Johnson neared retirement in 1978, the band broke up, and before long, the band was largely forgotten. But not by everyone. Kashmere's recordings became prized by hip-hop producers and DJs, who sampled them and played them in clubs.

Several of Conrad Johnson's students have gone on to become professional musicians. Jazz drummer and former Kashmere band member Bubbha Thomas says of Johnson, "There's not a value you can put on him because he's touched so many people. Not only people who went to school under him, like me, but people in the community that he's influenced."

The recordings Johnson made of the band continue to influence musicians to this day, and are being re-released on a new CD compilation, Texas Thunder Soul 1968-1974.

David Brown is a reporter for KUT in Austin, Texas. 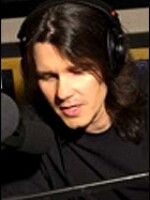 David Brown
David Browne is a contributing editor of Rolling Stone and the author of Goodbye 20th Century: A Biography of Sonic Youth and Dream Brother: The Lives and Music of Jeff and Tim Buckley. His work has also appeared in The New York Times, The New Republic, Spin and other outlets. He is currently at work on Fire and Rain, a book that will track the lives and careers of The Beatles, Simon & Garfunkel, James Taylor and Crosby, Stills, Nash & Young during the pivotal year of 1970.
Learn All About WKMS Vehicle Donation!
Looking for Something to Do?
Search Local Events