TweetShareGoogle+Email
Listen
Listening...
/
Hear the radio version of this story.

One of the most powerful figures in Tennessee politics over the past two decades, Senate Speaker Ron Ramsey, says he won't seek another term.

Ramsey stunned his colleagues Wednesday morning by announcing his retirement after 24 years in the legislature and a decade as the Senate's leader. His position also conferred the title of lieutenant governor, placing him first in the line of succession behind Gov. Bill Haslam.

Ramsey wasted few words in making the announcement, calling himself a "straight-shooter who gets right to the point."

"We've accomplished great things together," Ramsey said, choking back tears. "We've left Tennessee better than we've found it. But lately, it seems like life is flying by."

Ramsey is a real estate auctioneer with his own company in Blountville. He was the first Republican to lead the state Senate since Reconstruction after the Civil War.

Ramsey revealed his plans on the same day his fifth grandchild — and first granddaughter — is expected. The announcement also comes just ahead of the April 7 deadline to file paperwork to run for state office. 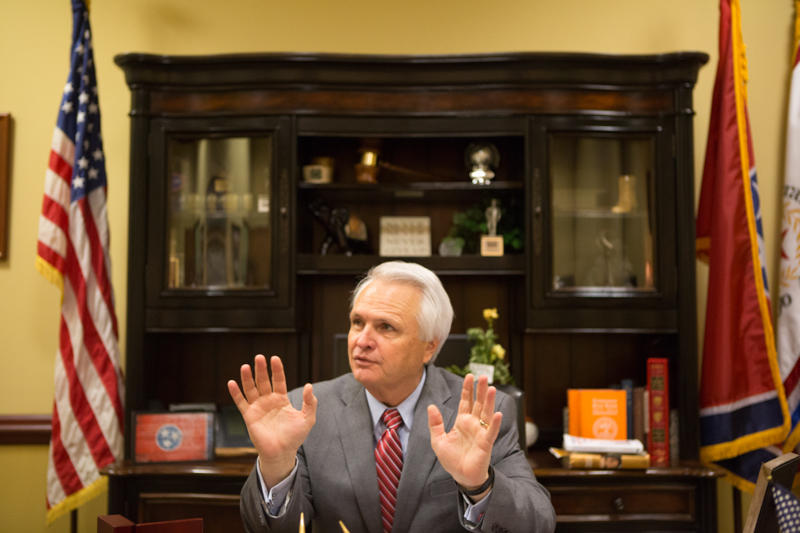 Ramsey said he'll stay on until his term ends at the end of the year, triggering what will likely be months of jockeying for position to succeed him. His departure will leave a void.

Under Ramsey's leadership, Republicans have gone from a minority in the state Senate to holding all but five seats. Those gains have made Ramsey the Senate's undisputed leader, capable of pushing through or killing legislation with little more than a word.

His support for gun rights has paved the way for the lifting of many restrictions. On the flip side, his opposition to Insure Tennessee, Haslam's plan to expand Medicaid, all but guaranteed its defeat.

"I don't think anyone would question whether Lt. Gov. Ramsey was a powerful force in state government. I think that's fairly clear. And it's going to be an interesting decision the Senate will face in choosing his successor.

There was only one more place for Ramsey to go in state politics — the governor's office. He ran in 2010 on a platform of slashing government.

In a widely aired TV ad, he punctuated his anti-government message by stomping one of his famed, ostrich-skin cowboy boots—emblazoned with the state seal—on a Capitol Hill bench.

"If Washington doesn't like it, we'll give them the boot," he promised. 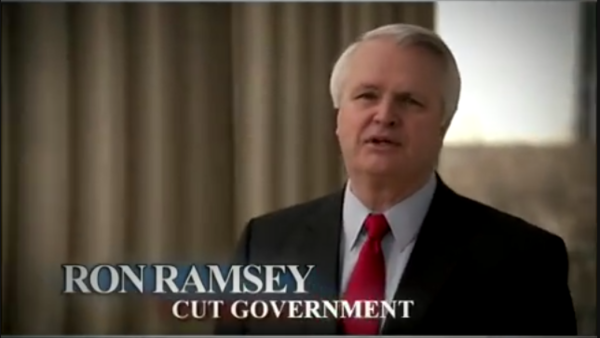 The message resonated with the Tea Party movement, yet Ramsey finished third among Republicans. He blamed money, saying he couldn't compete with an opponent as wealthy as Haslam.

Still, it was thought that he might try again in 2018. But in recent months, Ramsey has hinted he's ready to put away his famed, ostrich-skin boots for good.

He's said the trip to and from his home in Northeast Tennessee is getting too hard, especially as he's added grandchildren. A man who's scaled heights in Tennessee politics now says it's time to step down. 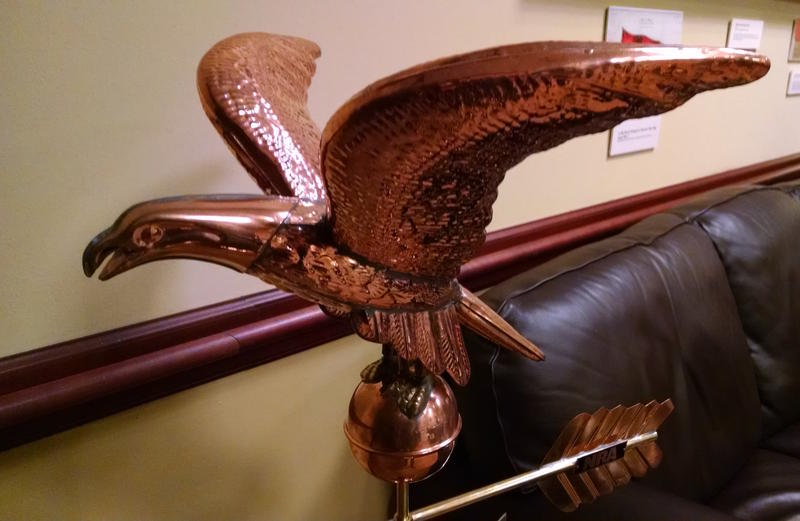 "After a lot of prayer and many sleepless nights, I have determined that I simply cannot commit to another four years in office," Ramsey said.

House Speaker Beth Harwell was among the first to pay tribute to Ramsey.

“I have served alongside Ron Ramsey for many years, and I have the utmost respect for him," Harwell said in a statement. "He dedicated his time in public service to making Tennessee a great state. He often says that it matters who governs, and indeed it does — Tennessee has had a great leader in Ron Ramsey. I know he will enjoy being able to spend more time with Sindy and with his precious grandchildren. I wish him the very best.”

Gov. Bill Haslam: "Lieutenant Governor Ramsey has been an outstanding leader for Tennessee, and I will truly miss working with him on a daily basis. Ron is smart and effective, and he has been passionate about serving Tennessee and his district. I appreciate his 24 years of service in the General Assembly, and I will miss him."

Senate Minority Leader Lee Harris: "Ron Ramsey is a true statesman and, really, a role model on authenticity in public life. He demonstrated that again today in how he announced his retirement. He set out a list of priorities and we would be lucky to be as smart, self-aware, authentic, and courageous enough to be able to do the same someday. We would all also be lucky to have even a portion of the blessings that Ramsey has had. He deserves a long-round of congratulations."

Senate Democratic Caucus Chairman Jeff Yarbro: "Ron Ramsey went from being a junior member of the minority party in the House to leader of a supermajority in the state Senate in his 20 years in the General Assembly. That's a testament to how strong a leader he has been. During my time in the legislature, we've had a strong and open relationship. Even when we've disagreed, we've done so as colleagues and as friends. And while it might surprise some folks to hear it, I'm going to miss him. Tyler and I wish him, Sindy, and his entire family all the best in the years to come."

Senate Majority Leader Mark Norris: “There's a saying on the farm: 'Always look well to the other horse before you run in double harness.' Ron Ramsey and I have been together as a team in Senate Leadership for a decade. His retirement marks the end of a great era. Under his leadership, we not only gained the majority, but Tennessee has flourished in so many important ways. He demonstrated that 'it matters who governs.' I'm glad for his friendship and everything he has done to make Tennessee a better place.”

"I have always been known as a straight-shooter who gets right to the point. Today is no exception.

I stand before you today to announce that I will not be seeking another four-year term to the State Senate.

For the last 10 years, this body has granted me the privilege of serving as Lt. Governor and Speaker of the Senate. It has been a true honor to serve my state in this way.

While serving in the legislature, I have tried my best to keep my priorities in order.

My first priority has always been my faith. I have never taken my talents and opportunities for granted. I know that all I have God has given me. I have prayed to Him everyday for wisdom and guidance.

A close second has always been my family. Sindy is not only my wife but my best friend. She is truly the wind beneath my wings.

I have the three best daughters a father could ask for. And now I have three wonderful son-in-laws.

My third priority has been my business.

And that brings us to priority number four, politics and state government.

It has been the honor of my life to serve here. We have accomplished great things together. We have left Tennessee better than we found it.

But lately, it seems like life is flying by.

When I ran for office four years ago, I had a one-year old grandson. That grandson, Parker, will be starting kindergarten in August.

I now have four grandsons. My first granddaughter will be born today. As a matter of fact, I will be leaving immediately following session to celebrate the birth of little Sadie Rhea with my family.

After a lot of prayer and many sleepless nights, I have determined that I simply cannot commit to another four years in office. I am ready to take priority number four off the table and commit a lot more time to priority number two, my growing family.

This has not been an easy decision. I love the the State Senate. I love being Lt. Governor. And I consider each and every one of you a true friend.

May God bless each and every one of you.

And may God continue to bless the great State of Tennessee."