The Kentucky Fish and Wildlife Commission will meet Friday morning to receive a report on the situation and discuss the implementations of its response plan.

The Kentucky Department of Fish and Wildlife Resources in a release Wednesday states Tennessee wildlife officials confirmed the fatal neurological disease in a 3½ year-old female deer in Henry County, Tennessee. The deer was found about eight miles away from the Kentucky-Tennessee border southwest of Murray, appearing to be thin and exhibiting strange behavior.

CWD has not been detected in Kentucky, but the state agency’s response plan calls for increased surveillance and sampling of killed deer whenever a CWD case is detected within 30 miles of the Kentucky border, according to the release. The surveillance plan calls for sampling a minimum of 298 deer and elk in a specific surveillance region to determine the prevalence of the disease among local deer populations. Feeding or baiting deer, along with transporting whole deer carcasses or parts in the surveillance region is prohibited, according to the response plan.

The department is encouraging hunters to report sick deer through phone (1-800-858-1549) or email (Info.Center@ky.gov). Kevin Kelly, a spokesman for the Kentucky Department of Fish and Wildlife Resources, said there are distinct symptoms of CWD.

“A general malaise or listlessness, they may look skinny, they may walk around in circles, have excess saliva. Those are types of things you’d want to be on the lookout for,” Kelly said.

CWD is a prion disease that affects deer, elk, caribou and moose populations. Diseases such as CWD are generally known to have long incubation periods, progress rapidly once symptoms develop and are always fatal.

As of January 2021, 25 states have detected CWD in free ranging deer, elk and moose populations. The movement of deer is the primary reason for its rapid spread, and an infected deer or elk can transmit the disease whether it is alive or dead, according to the Kentucky Department of Fish and Wildlife Resources.

The department encourages motorists who see a whole carcass or an intact head of a deer being transported across the state line into Kentucky to report the sighting immediately by calling 1-800-25-ALERT (1-800-252-5378).

Another reporting option available is an app recently launched by the state agency that allows people to report violations anonymously. The app can be downloaded from the iTunes App Store and Google Play Store. 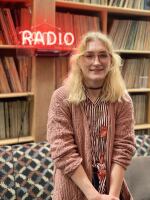