Arts & Culture
Commentaries
WKMS welcomes community members to self-voice self-authored compositions that express opinion, introspection or humor on topics of interest and importance to our audience. If you have an opinion, interest or review you'd like to share with WKMS listeners, please see the guidelines below. The views expressed in commentaries are the opinion of the commentator and don't necessarily reflect the views of WKMS.The station will review every script before it is recorded with respect to:Libel or slander.Content that is more promotional than provocative.Accuracy.Personal attacks and ad hominem attacks.Political or religious content that promotes rather than informs.Appropriate usage, language and form for civil discourse.The station will assist authors with:Making appropriate edits.Bringing the communication to proper time length, generally about 600 words or 3 to 4 minutes of spoken word.Recording the communication in the WKMS studio (unless other arrangements that yield equally acceptable audio are agreed to).Editing the communication and placing it in the WKMS schedule.WKMS will require authors to provide the station a final script that will be filed in the news department and will be placed on the station's web site.WKMS will need authors to provide a suggested introduction for each communication as well as a standard announcer outro script that includes author name, general place of residence, and whatever other personal information might lend authority or authenticity to the communication.WKMS will schedule produced communications and inform the author of time(s). Generally these are aired three times each, but the rotation is solely at the discretion of the station.WKMS will refuse to air communications that violate rules of the Federal Communications Commission for non-commercial, educational stations. Further, WKMS will refuse to air communications that would, for any reason, undermine its goodwill with the audience it serves.If you find these terms agreeable, please email msu.wkmsnews@murraystate.edu to schedule a time in a studio to record.

In 2014, as the recipient of a Governor’s Award in the Arts for my work in the Media, I participated in a public ceremony at the Kentucky Capitol Rotunda, honoring me and eight others who were – according to the press release from July 9, 2014 – “…chosen for their significant contributions to the arts in the Commonwealth, across the country and around the globe.”

The formal awards ceremony was joyful and respectful of the honorees, and each of us was given a few minutes to make remarks to the public gathering.

At the awards presentation, I delivered my prepared remarks with a lump in my throat, not out of nervousness at public speaking, but with deep appreciation for Kentucky’s commitment to the arts. I was grateful to herald the contributions of the arts to the quality of life and economic development in western Kentucky, including many projects that had been funded, in whole or in part, by grants from the Kentucky Arts Council.

After reading that the 2017 recipients of the Governor’s Awards were not recognized in a public ceremony -- and were not given the opportunity to share their personal thoughts and insights at the event – I was disappointed and troubled. After all, freedom of speech, whether we agree with the sentiments expressed or not, is an essential First Amendment right and a crucial component of artistic expression.

How then can the contributions of leaders in the arts be suitably lauded without granting the artists themselves a few minutes each to make personal remarks?

This year’s change of format for the awards was explained in an email by Kentucky Arts Council spokesperson Tom Musgrave: “We combined the ceremony and the recipients’ luncheon into a single event at the (Governor’s) mansion. That meant we had less time for the actual presentation of awards, so the acceptance speech portion was taken out of the schedule.”

Musgrave’s email also said that recipients could submit their statements to be published via Kentucky Arts Council’s social media.

The event was live-streamed on the governor’s Facebook page, approximately 26 minutes of controlled communication in which the governor stated that the recipients “deserve to be recognized,” which they were.

What they were not permitted to do was to speak.

Recipient of the National Award, jahi chikwendiu -- Lexington native and celebrated photojournalist -- posted his artist statement online, saying that he accepted the award not for himself, “but for the team.”

He added that he was, “… repping a dynasty that goes waaay deeper than me…for all my people who never made it.”

Chikwendiu said that he would have liked to hear the voices of the other honorees, but “our eleven 1-minute speeches seemed to be ‘sold’ for at least one of two relatively lengthy Governor’s remarks.”

Channeling the voices of author James Baldwin and playwright Lorraine Hansberry, chikwendiu also quoted Nina Simone, who said, “An artist’s duty, as far as I’m concerned, is to reflect the times.”

In one way, I suppose, the silencing of the 2017 Governor’s Award in the Arts recipients at the formal ceremony designed to honor them is a sign of the times. It is also, however, a slap in the face of free speech and open communication, apparently based on an assumption that speech is only free when everyone holds the same opinion.

Speaking for myself, this is Constance Alexander at WKMS-FM, in Murray, Kentucky.

A livestream of the awards is online at http://bit.ly/2s9vviG.

The views expressed in this commentary don't necessarily reflect those of WKMS or its staff. 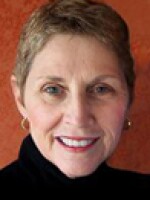