The Kentucky Cabinet for Health and Family Services was asked to investigate the deaths or near-death incidents of 208 children in fiscal year 2021 — 22% more cases of suspected abuse or neglect than the previous year.

But how many were deemed to be the result of abuse or neglect is still unknown, because the state has only completed 73 investigations requested from July 2020-June 2021. The rest are part of a backlog that the state blames on bad timing for reporting requirements, according to the annual report of child fatalities and near-fatalities issued by the cabinet last year.

Even as child maltreatment reports have declined over the past five years, fatality and near-fatality reports have been on the rise.

Advocates say the COVID-19 pandemic has without a doubt created a slew of obstacles that have put already vulnerable children at an increased risk for severe abuse and neglect. State data show that most children who die or nearly die in Kentucky from abuse or neglect under suspicious circumstances are toddlers or infants. They’re disproportionately Black. And more than 70% were part of a family that had been assessed or investigated by the state.

“That tells me that if we had a better system, at least 70% of these children would not have died,” said Kentucky Youth Advocates executive director Terry Brooks.

A combination of increased family stress, a decline in early warning systems and a mass exodus of state social workers during the pandemic has created an increasingly tragic situation for Kentucky’s most vulnerable children, Brooks said. The Department for Community Based Services lost over 600 social workers in the first nine months of 2021 alone.

Brooks said the backlog of pending investigations is a symptom of unmanageable workloads within child protection services, law enforcement and other agencies who play a role in these investigations.

“Those pending cases are a visceral reminder that the well-documented DCBS workforce issues — which began well before the pandemic — have consequences,” Brooks said. “And in this case, an inadequate staffing at hand for DCBS and those other sectors result in us having far too many questions and far too few answers when it comes to this tragic arena.”

The number of pending investigations in fiscal year 2021 means it’s not clear yet whether this trend of rising deaths among children due to abuse or neglect continues. Of the 208 fatality and near fatality cases accepted for investigation between July 2020 and June 2021, 65% are still pending.

So far, the agency has concluded that six deaths were due to maltreatment in the most recent fiscal year.

Officials from the Kentucky Cabinet for Health and Family Services officials did not respond to requests for an interview or written questions.

In fiscal year 2020, which included July 2019 to June 2020, state investigations found that 25 children died from maltreatment. That was the highest number of abuse-related fatalities since 2012, and nearly 80% higher than the prior fiscal year.

Severity of abuse on the rise

For Dr. Melissa Currie, child abuse pediatrician at Norton Children’s Hospital and a member of the state’s child fatality review board since 2000, the increase in child fatalities means that early interventions aren’t happening.

“We’re seeing more severe abuse, including a recent spike in abusive head trauma,” she said. “We’ve had more torture cases this year than we’ve had in any previous year.”

According to Currie, the Pediatric Protection Specialists team at Norton Children’s has seen eight children who suffered abusive head trauma in the last month alone. They typically have about 25 cases a year.

Reports of child abuse have fallen more than 20% since fiscal year 2018, with a significant decrease in fiscal year 2021. But even with a drop in maltreatment allegations, the state still saw more reports of abuse-related deaths and near deaths.

What this says to advocates is that while fewer reports of maltreatment are coming in, abuse and neglect is still happening — and it’s leading to death or severe injury in more and more cases.

“I think that part of what we saw was a pretty significant decrease in cases being reported to CPS during the first year or so of the pandemic, because kids weren’t in school and they weren’t in daycare,” Dr. Currie said. “And those are the people who tend to report bruises and other signs of abuse.”

Five years of state data show that neglect continues to be the leading type of maltreatment in fatality and near-fatality investigations. Accidental overdoses account for the majority of neglect cases.

When it comes to physical abuse, which make up 40% of these investigations, almost all of the injuries are categorized as head trauma or battered-child syndrome.

According to state data, more than half of the 355 children who died or nearly died from abuse or neglect over the last five years were 3 years old or younger. The majority — 142 children — were not yet a year old.

According to Janna Estep Jordan, director of operations and prevention education at Prevent Child Abuse Kentucky, Black children are more likely to experience poverty and other risk factors that correlate to higher rates of abuse.

“We know there’s an over representation [of Black children] in the child welfare system, but we also know that child abuse crosses all socioeconomic status levels, all religions, all neighborhoods. No one is immune,” she said. “We’ve got to really do a better job of looking at our internal biases, as well as educating those around us when we’re looking to support families and children.”

Advocates say that when it comes to child abuse prevention, “one size doesn’t fit all” and that the solutions need to be diversified based on who is being served.

“If preventing child abuse requires a systemic response, and there’s a lack of trust in the systems, that’s a problem,” Brooks said.

Over two-thirds of the Kentucky children who died or almost died from abuse in the last five years had prior involvement with child protective services. Of the 25 children whose deaths were attributed to maltreatment in fiscal year 2020, 19 of them already had contact with the system.

“What that tells you is this was not the first time that something bad happened,” Brooks said. “It says that because the workforce is not structured properly, we’re missing some cues.”

Between January and September of last year, over 600 social workers quit their job with the state, many citing low pay, crushing caseloads and intense stress. This has led to fewer workers available to investigate child abuse allegations and fewer people to support families and children who need it most.

Gov. Andy Beshear announced in December that Kentucky social workers and family support staff would receive an immediate 10% raise. They also launched a pilot program to expedite the hiring process for qualified social workers and build the workforce back up.

“I know they are working very hard to try to change the culture within the institution, to attract new workers and retain the ones that we have,” Dr. Currie said. “But until that problem gets resolved, we’re not going to see the top quality CPS interventions that we want and need and that children are desperate for in the state of Kentucky.”

What needs to be done

While bolstering the social services workforce and providing support for social workers should be a top priority for state leaders, advocates are also encouraging investment in community based programs outside of child protective services.

“Most of these cases are 100% preventable,” Estep Jordan said. “True prevention happens when everyone’s involved.”

Advocates are also pushing for investments in community education so individuals know what to look for when it comes to child abuse and neglect.

“We cannot fall into the tendency to throw our hands up and go, ‘What a mess,’ or ‘That’s just Kentucky being Kentucky,’” Brooks said. “Our focus as a state has to be lasered on solutions.” 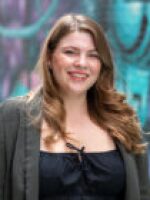 Jasmine Demers
Jasmine Demers is a corps member with Report For America, a national service program that places journalists into local newsrooms. She covers youth and social services. Demers worked previously for the Arizona Daily Star. She holds a master’s degree from the University of Arizona School of Journalism, where she was editor-in-chief of the student-run Daily Wildcat.
See stories by Jasmine Demers
Learn All About WKMS Vehicle Donation!
Looking for Something to Do?
Search Local Events
Related Content