Government & Politics
Commentaries
WKMS welcomes community members to self-voice self-authored compositions that express opinion, introspection or humor on topics of interest and importance to our audience. If you have an opinion, interest or review you'd like to share with WKMS listeners, please see the guidelines below. The views expressed in commentaries are the opinion of the commentator and don't necessarily reflect the views of WKMS.The station will review every script before it is recorded with respect to:Libel or slander.Content that is more promotional than provocative.Accuracy.Personal attacks and ad hominem attacks.Political or religious content that promotes rather than informs.Appropriate usage, language and form for civil discourse.The station will assist authors with:Making appropriate edits.Bringing the communication to proper time length, generally about 600 words or 3 to 4 minutes of spoken word.Recording the communication in the WKMS studio (unless other arrangements that yield equally acceptable audio are agreed to).Editing the communication and placing it in the WKMS schedule.WKMS will require authors to provide the station a final script that will be filed in the news department and will be placed on the station's web site.WKMS will need authors to provide a suggested introduction for each communication as well as a standard announcer outro script that includes author name, general place of residence, and whatever other personal information might lend authority or authenticity to the communication.WKMS will schedule produced communications and inform the author of time(s). Generally these are aired three times each, but the rotation is solely at the discretion of the station.WKMS will refuse to air communications that violate rules of the Federal Communications Commission for non-commercial, educational stations. Further, WKMS will refuse to air communications that would, for any reason, undermine its goodwill with the audience it serves.If you find these terms agreeable, please email msu.wkmsnews@murraystate.edu to schedule a time in a studio to record.

Tom Brokaw once called him “one of the country’s most decent and thoughtful public servants.” Senator and Democratic presidential candidate George McGovern passed away at the age of 90 yesterday. Commentator and History Professor Dr. Brian Clardy remembers the time he met Senator McGovern and National Review founder William F. Buckley, Jr. and reflects on McGovern’s life and legacy in politics.

On April 10, 1997, a group of students and faculty from Southern Illinois University at Carbondale students boarded a big yellow school bus to drive to Cape Girardeau, Missouri to head to the Inaugural ceremonies for the new President of Southeast Missouri State University.  The reason that we went there on that dreary and windy afternoon was to attend an early morning debate between National Review founder William F. Buckley, Jr. and former 1972 Democratic presidential nominee, and South Dakota Senator, George S. McGovern.

The focus of the debate was on “Liberal versus Conservative Ideology.”  And who better to personify either ideal than McGovern and Buckley?

After all………..I was a huge fan of Buckley’s writings, as well as his PBS talk show “Firing Line. And while I didn’t always see eye to eye with Senator McGovern, I respected his intellect….his candor…..his sincerity.

By hook or by crook, I had to meet them.

And sure enough, I was given that opportunity.

When I made sure that my students had their tickets and knew of the rendezvous point where we would meet after lunch to ride back to Carbondale, I swung into action. The rumor was…….that a continental breakfast was being held on the lower concourse of the Student Center and that McGovern and Buckley would be there.  So………coat and tie in tow……..I sauntered downstairs to meet the two men who had influenced my own life and world view so completely.

To my astonishment, no one checked my ID. There were no name tags required. No one asked any questions. You know that analogy about “Taking candy from a Baby”??? It was true in that instance at least.

I went into the main room and there they were……..Bill Buckley and George McGovern……..as large as life and the center of the crowd’s attention. I couldn’t help but smile and heave a sigh of relief.

When the crowd mellowed out some, I walked over to them……shook their hands and talked to them. I thanked Mr. Buckley for having informed my world view on politics and philosophy during my teenage years. But when it came to Senator McGovern, I said perhaps the corniest thing that my star struck mind could conjure, “My Mother voted for you, Senator.” He flashed a huge smile and said, “You have a very smart Mother.”

Senator McGovern engaged me by asking me where I was attending school and what my major was.  When I told him that I was working on a doctoral dissertation in historical studies at SIU Carbondale , his smile grew even larger.  As it turned out, he held a Ph.D. in history from Northwestern University and at one point during his World War II service, he had done some training at SIU.

A twenty nine year old kid from South Fulton, TN talking to a man who had been his party’s standard bearer for the Presidency of the United States……..and finding commonality.

When Senator McGovern passed away on Sunday, October 21st, I kept revisiting that conversation.  But more to the point, I reflected on the fact that while he and Bill Buckley held different views, they could come together in the spirit of collegial camaraderie to debate the issues of the day……….and remain friends.

In today’s polarized political environment, I believe that politicians can benefit tremendously from that example. The love of country…..concern about the international order…….and a reverence for America’s exceptional political heritage is far more precious than scoring points by mean spirited personal attacks.

That was the lesson I took from that encounter.

And that was the legacy of Bill Buckley AND George McGovern.

Dr. Brian Clardy is an assistant professor of history and Coordinator of Religious Studies at Murray State University. He is also the host of Café Jazz, Thurday nights on WKMS. 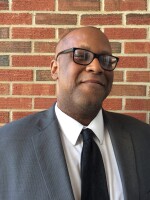 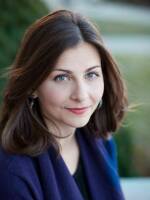 Kala Dunn
Kala Dunn is a native of Princeton, Ky. She’s a 2006 graduate of the Interlochen Arts Academy with a concentration in flute performance and a 2010 graduate of Murray State University with a B.M. in piano performance. She lives in Hamlin, Ky.
See stories by Kala Dunn