U.S. Senator Rand Paul of Kentucky says Congress is close to approving a bill that will help combat heroin addiction in his home state.

Speaking at a medical town hall in Bowling Green today, the Republican lawmaker said federal restrictions have too often stood in the way of giving heroin users effective treatment for their addictions.

Under current law, doctors can prescribe suboxone to 30 patients at a time in the first year, and 100 the following year. Suboxone can help lessen dependence on the drug.

Paul is co-sponsoring a bill to increase the cap to 500 patients. "There is said to be a million patients who need to be treated but don't have a doctor to go to because of this federal law limiting access," Paul says.

Paul said those limits have maxed out doctors. "They didn't want people to prescribe too many of the drug replacements, like the pill-mill, so they limit the number of patients. But as a consequence, they made the number small enough. And there aren't many doctors treating heroin addicts that now there's more heroin addicts than doctors that they can see," he says.

About two-and-a-half million Americans abused heroin and painkillers in 2012, but fewer than one-million received treatment for their condition, partly because of federal restrictions. 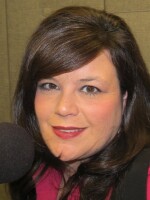 Lisa Autry
Lisa is a Scottsville native and WKU alum. She has worked in radio as a news reporter and anchor for 18 years. Prior to joining WKU Public Radio, she most recently worked at WHAS in Louisville and WLAC in Nashville. She has received numerous awards from the Associated Press, including Best Reporter in Kentucky. Many of her stories have been heard on NPR.
See stories by Lisa Autry
Learn All About WKMS Vehicle Donation!
Looking for Something to Do?
Search Local Events