FRANKFORT, Ky. – In what may be the largest political contribution ever given to a political party in Kentucky, the drug maker Pfizer Inc. gave $1 million last month to the building fund of the Republican Party of Kentucky.

A report filed by Republican Party of Kentucky Building Fund last week with the Kentucky Registry of Election Finance listed the $1 million from Pfizer along with five other big corporation contributions in the final quarter of 2022 totalling $1.65 million.

That is an extraordinarily large haul for the fund which had raised only $6,000 during the first three quarters of 2022.

The other large corporate donors to the fund in late 2022 were:

The Kentucky Democratic Party’s building fund has not yet filed a report on its contributions and expenses for the last quarter of 2022.

The election registry website says that money in a party building fund “may be used for expenditures related to the purchase, construction, maintenance, renovation, and repair of the state executive committee’s main headquarters facility.”

In response to a question about the huge size of the corporate contributions, Southard’s statement said, “As we raise funds into the building fund account, we are following both federal and state law. The funds raised into this account can only be used for certain expenditures related to the building and are not eligible to be spent on candidate or issue advocacy.”

Pfizer has long had a lobbying presence in Kentucky and for years it has retained the lobbying firm headed by John McCarthy to represent its interests in Frankfort.

McCarthy, a former chairman of the Republican Party of Kentucky who is still a member of its executive committee, did not immediately return phone messages seeking comment on the Pfizer contribution.

Pfizer is a multinational pharmaceutical and biotech company based in New York; its brands include Viagra, Zoloft and Lipitor and more recently the Pfizer-BioNTech COVID-19 vaccine and the antiviral Paxlovid.

For the first three quarters of 2022, Pfizer reported $76 billion in revenues.

Pfizer is no stranger to political spending. In 2022, the company spent $11.6 million lobbying the federal government, putting it in the top dozen lobbying spenders, according to Open Secrets.

Its affiliates and PAC contribute generously to federal candidates of both parties.

Pfizer announced in November that it will triple or even quadruple the price of its COVID-19 vaccine once it goes on the commercial market next year, according to Kaiser Health News.

Comcast, Altria Client Services (formerly Phillip Morris), AT&T and Delta Air Lines, also are registered to lobby the Kentucky General Assembly. Metropolitan Life Insurance does not retain a lobbyist in Frankfort, according to records of the Legislative Ethics Commission. 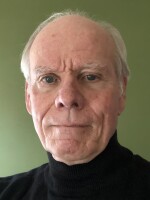