At least four people associated with a Lyon County nursing home have now tested positive for the COVID-19 disease.

The River’s Bend Retirement Community is in Kuttawa. A 94-year-old resident tested positive on Tuesday. She’s now being treated in her granddaughter’s home in Tennessee, and her diagnosis spurred county officials to seek widespread testing.

On Friday, the Lyon County Judge Executive said 50 people who live or work at the nursing home were tested after the initial positive case was announced. By Friday evening, a dozen test results had been returned — with a quarter of them positive.

The COVID-19 pandemic continues to sweep across the state. Gov. Andy Beshear on Friday said the state’s positive case count was at least 831, and 37 people have died due to the virus. He said residents at six nursing homes across the state have tested positive.

In Lyon County, at least six people have tested positive, according to White. The first case was on March 17.

He’s now pushing to have everyone who lives or works at the facility tested for the virus. The first round of tests this week were done on staff and residents who live or work on the same wing where the first positive case originated. White said there is another wing and more staff that have yet to be tested. He said state officials were initially reluctant to provide tests, and most were provided by local hospitals.

In response to a question Friday about the number of tests provided to the River’s Bend Retirement Community, Beshear said his administration works with local health departments and tries to “provide what tests we have.”

“But the vast majority of tests that are out there right now are secured by the hospitals and healthcare providers in other places,” he said. “We are now a very small part of the testing that is going on in Kentucky.”

The River’s Bend Retirement Community is in the small town of Kuttawa, a scenic town on the shores of Lake Barkley. Federal records show the facility is rated above average, though a 2017 inspection found that the nursing home failed to “have a program that investigates, controls and keeps infection from spreading.” Records show the deficiency was corrected.

A person answering phones at River’s Bend hung up on a reporter.

Lynn Orange was making daily trips to the facility to visit her 85-year-old mother before Beshear ordered that visitations cease last month.

Now, she worries about the virus spreading throughout the facility and infecting the staff and residents. Her mother has not been tested yet, as far as she knows.

After Orange learned of the first positive case at the facility earlier this week, she started making phone calls — she wanted to know what was being done to mitigate the virus’s spread. She said the response she got was disappointing.

Eventually she spoke with an administrator with the state’s Office of Inspector General, who told Orange there wasn’t much that agency could do, Orange said.

“Every agency just passed the buck,” said Orange, who works for the city of Eddyville in Lyon County.. “I felt like the alarm is raised, and all these people are going to come swooping in here and they are going to take the measures that need to be taken. But no, you’re left out on your own to survive or not.”

A spokesperson for Beshear did not immediately respond to a request for comment Saturday morning.

Orange thinks the local health department is “in over their head,” and state officials need to step up and help identify the scope of infection and assist with mitigation. She wants to see people in hazmat suits with nose swabs testing everyone in the facility, as soon as possible.

Though she’s been impressed with Beshear’s leadership during the pandemic, Orange thinks his administration’s response to the situation at River’s Bend Retirement Center is “a glaring crack.”

She knows many staff members at the facility, and said they are terrified about getting infected. The residents, she said, deserve to be able to live their life in peace and without the fear of dying alone in their room, suffocating from a virus that spread because authorities were too slow to act.

“This is an emergency,” she said. “Who is taking the lead? Who is driving this train that is heading off the end of the bridge?” 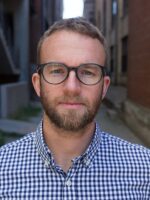