News Archive
Good Reads
Books we're reading at the station and recommend to you.When we're not on-the-air or at our desks, we like to pick up good books. Most of us here at the station are, in fact, avid readers. In the style of NPR's "What We're Reading" (an excellent weekly guide) we, too, decided to share what we've been reading. Here's a list of books recently read by WKMS staff members, student workers and volunteers.Interested in a book on our list? Follow the Amazon link beneath the picture. A small percentage of your purchase of anything on Amazon through this link goes right to WKMS at no additional cost to you!

Yesterday, Special Agent Pendergast still mourned the loss of his beloved wife, Helen, who died in a tragic accident in Africa twelve years ago. Today, he discovers she was murdered. Tomorrow, he will learn her most guarded secrets, leaving him to wonder: Who was the woman I married? Why was she murdered? And, above all… Who murdered her? Fever Dream. Revenge is not sweet: It is essential.

“I just finished up Douglas Preston and Lincoln Child’s latest, “Fever Dream”. It’s one of their Special Agent Aloysius Pendergast novels and concerns the agent’s deceased wife who was mauled by a lion while they were on a hunt in Africa. 12 years later Pendergast finds that the mauling was not an accident and enlists the help of his NYPD pal Lt. Vincent D’Agosta to break ranks with NYC and come down south to find the true motive behind her death. The novel gets the pair outside of NYC and into the marshy bayous of New Orleans and surrounding towns on the coast. Preston and Child are masters of popular mysteries and add the dimension of the supernatural to their novels creating a nice mix of characterization and suspense. I would recommend starting with one of their earlier Pendergast novels if you’ve not read them before. “Relic” being the first. Another good place to begin would be with “Cabinet of Curiosities”.”

Buy this book on Amazon. (Your purchase supports WKMS!) 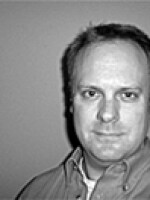 David Weatherly
David Weatherly works at WKMS part-time while holding down a full-time job as a School Based Speech Language Pathologist. He has been with WKMS for over 20 years off and on and has a lifelong interest in music of all kinds which he pours into all of his shows. He was the host of the jazz fusion, chillout and groove show Jazz Horizons on Friday nights and now hosts a similar show Friday nights called House Blend. He also hosts the summer seasonal show, Sounds of the Silver Screen.
See stories by David Weatherly
Learn All About WKMS Vehicle Donation!
Looking for Something to Do?
Search Local Events
Related Content