We’re having some technical issues with WKMD 90.9 FM in Madisonville. The signal is currently at low power and we’re working to get back up fully. Thanks for your patience.
News Archive

From NPR:  The killing Sunday in Afghanistan of an American soldier in what officials say was the latest in a series of "green on blue" attacks by Afghans in uniform against coalition personnel was the 10th in just the past two weeks.

From Kentucky:  The federal Bureau of Alcohol, Tobacco and Firearms is investigating a Trigg County couple after authorities detonated explosive material they found in sheds at the couple’s home over the weekend.  They also confiscated more than 80 gallons of homemade liquor. The Kentucky Supreme Court has declined to hear a challenge to a ruling allowing a reference to "Almighty God" in the state’s homeland security law. An organization trying to raise money to build a new museum at Fort Campbell says it has scaled back plans for the project.

From Tennessee:  Tennessee Governor Bill Haslam's administration is responding to what it calls confusion about the role of a Muslim staffer and a council that has advised two state departments on Islamic affairs. 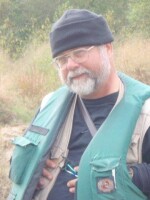