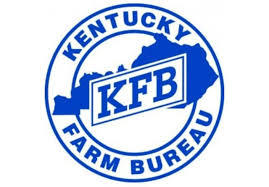 Kentucky farmers are grappling with continuing challenges in the world agriculture economy.  There’s no immediate relief in sight.

A review of this year's Kentucky's agricultural production with an eye on 2017 is on the agenda at the state Farm Bureau Federation’s annual convention.  The convention is underway in Louisville through Saturday. Some 2,000 people are expected to attend.

University of Kentucky Agricultural Economist Will Snell said soft demand tied to an ample supply of most commodities worldwide creates stress for Kentucky farmers.  “Prices have come down considerably and also net income has taken a hit once again in 2016,” Snell said.

While many Kentucky farmers are feeling squeezed by world agricultural economic conditions, shoppers could be seeing bargains.  Snell says lower commodity prices are beginning to make their way into Kentucky grocery stores.  “As a result, we’re seeing lower prices for many of our food items, primarily meats with fruits and vegetables being relatively flat,” he said.

Snell said it may take a major weather event in another part of the world to help boost Kentucky farm exports.  The veteran economist said about 40 percent of vegetables, grain, and livestock produced in the commonwealth is exported.