Four flights arrived Thursday morning at the Hopkinsville-Christian County Airport — all within minutes of one another, according to flight records and a local observer.

They had delivered representatives from several states to discuss a proposed slaughterhouse development on a 378-acre site on John Rivers Road near Pembroke. Members of the delegation participated in at least three meetings during their short stay in Hopkinsville.

An analysis by Hoptown Chronicle of flight logs and public records reveals the aircrafts’ origins and hints at some possible topics of discussion on Thursday — the design and construction of buildings at the site, reduction of harmful methane emissions and the proposed facility’s infrastructure needs.
Just after 9:20 a.m., a plane that had departed from Frankfort, Kentucky, touched down in Hopkinsville, according to records from an online aviation database. It was registered to Lee Aviation Services.

Within minutes, a Learjet arrived from Mason City, Iowa. Flight records show that it stopped in St. Paul, Minnesota while en route to Hopkinsville. The plane is registered to VSA LLC — a company owned by Steven E. Sukup, according to business filings. Sukup is the president and CEO of the Sheffield, Iowa-based Sukup Manufacturing Co. — “the world’s largest family-owned and operated manufacturer of grain storage, grain drying and handling equipment, and steel buildings,” according to its website. One of the project examples included on the site is the construction of a cattle feeding facility for a Missouri-based farm.

At 9:40 a.m., another flight landed. That plane was registered to SCT Enterprises LLC, a consulting company. Business filings list the owner as Steven Tucker of Germantown, Tennessee — who also is the registered agent for Botanoceuticals, Inc., a Memphis-based manufacturer and distributor of myristoleic acid. The chemical, produced by the company in bulk, has been linked to a reduction in harmful methane emissions when fed to cows.

There was no public flight plan available for a fourth plane that landed around the same time as the others. However, the Cessna Citation’s tail number revealed that it was a government-owned aircraft registered to the Tennessee Valley Authority based in Chattanooga, Tenn., according to Federal Aviation Administration records. The proposed beef processing facility site is served by Pennyrile Electric, which gets electrical power from TVA.

The visits were brief. By 3:30 p.m., at least three of the four planes had departed from the city-owned airport, each returning to their original locations.

This story first appeared in the Hoptown Chronicle, a non-profit news service for Hopkinsville. 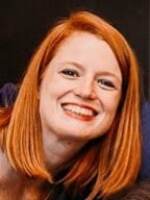