The Kentucky State Police have arrested a former Carlisle County Middle and High School teacher for having a relationship with a 17-year-old student.

He is charged with two felonies involving unlawful use of electronic means to induce a minor to engage in sexual activity and tampering with physical evidence and a misdemeanor involving official misconduct. He is lodged in the Ballard County Jail. 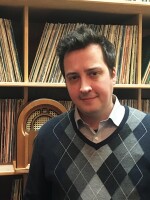 Matt Markgraf
Matt Markgraf joined the WKMS team as a student in January 2007. He's served in a variety of roles over the years: as News Director March 2016-September 2019 and previously as the New Media & Promotions Coordinator beginning in 2011. Prior to that, he was a graduate and undergraduate assistant.
See stories by Matt Markgraf
Learn All About WKMS Vehicle Donation!
Looking for Something to Do?
Search Local Events