The Kentucky Board of Education unanimously agreed to award Commissioner Terry Holliday a four-year extension of his contract Wednesday.

Holliday was hired by the baord in July 2009 as the state's fifth commissioner . The contract extension will cover the period from August 2013 to August 2017. The contract does not provide Holliday with a salary raise, which will keep his $225,000 yearly salary the same, according to a press release sent from KDE.

“This board’s relationship with Terry is extremely interactive on significant, high-level policy issues, such as the implementation of 2009’s Senate Bill 1, the state’s new assessment and accountability model, teacher and administrator professional growth, and the focus on college and career readiness for all Kentucky students,” said Board Chair David Karem in a press release.

Kentucky was been unable to receive  the first two rounds of Race to the Top funding, one round specifically for early childhood programs. Part of the state's struggle receiving this funding has been due to the lack of charter schools.

KDE did receive $17 million from Race to the Top funding in December last year. That round was given to states that had lost in previous rounds. 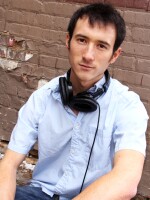