A Western Kentucky prosecutor has decided to resign instead of facing a state legislature-led impeachment committee that recently convened.

The Louisville Courier-Journal first reported on the resignation Monday. Boling did not immediately respond to a request for comment from the Kentucky Lantern.

Nemes had filed resolutions at the start of this year’s session for the state House of Representatives to convene a committee to consider whether to recommend impeachment against Boling and Ronnie Goldy, the commonwealth’s attorney for the 21st Judicial Circuit serving Rowan, Menifee, Bath and Montgomery counties.

Both Boling and Goldy have faced separate controversies in previous years.

Boling reportedly falsified testimony that led to an indictment, and he also wrote a letter to former Gov. Matt Bevin that asked for a pardon of a sex offender, Dayton Jones, claiming without proof that the conviction of Jones was a political vendetta against Jones’ grandparents, whom at one point had reportedly donated to an election campaign for Boling. Boling had subsequently apologized for writing the letter.

Goldy allegedly asked for nude photos and videos of a defendant in exchange for prosecutorial favors, which Goldy’s attorney has denied. The Courier-Journal reported Monday that Goldy’s attorney, Tim Denison, said Goldy hasn’t decided whether he would contest the impeachment inquiry or resign.

Boling and Goldy were both expelled from the Kentucky Commonwealth’s Attorneys’ Association, a state group representing the elected prosecutors, after the group became aware of information about Goldy and Boling that was “well below” the standards set for commonwealth’s attorneys.

Shortly after the expulsions from the association, the Kentucky Supreme Court suspended Goldy. In its order, the court said the Kentucky General Assembly would ultimately have to remove Goldy from office.

In December 2022, a trial commissioner recommended Boling be suspended from practicing law for five years. At that time, Boling’s attorney said he would appeal the recommendation to the Kentucky Bar Association’s board of governors. 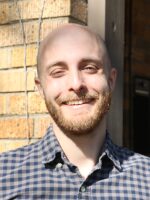