For thousands of people in Kentucky, the highly effective COVID-19 vaccines have allowed life to return to mostly normal.

But for “long haulers” like Army Staff Sgt. Noah Cole, who contracted COVID before vaccines were widely available, the devastating impact on his health threatens to destroy his dream of a military career.

A native of Williamsburg in southeastern Kentucky, Cole, 28, joined the Army a year after graduating from high school.

Cole: This was my first duty station. I came here in 2012 and deployed immediately to Afghanistan.

Cole: Yes, it was a combat deployment. And I was there for nine months.

Miller: How was it when you were there? What year was that?

Cole: It was in 2012 to 2013. Most days were good. Some days were worse than the others, obviously. But yeah, I mean, at first, you know, I was scared. I just got out of basic training, reported to  my unit, and then a month later, I was in boots on ground in Afghanistan. So, I was really nervous.

Miller: And you were there for how long?

Miller: Were you different when you left there, nine months later?

Cole: Yes, I was extremely different. Returning back from Afghanistan, I had more knowledge on things when it came to the job being an infantryman. So still, as a private, I was put into a team leader position to lead a fire team, because I had the knowledge and capabilities of doing so at such a young spot in my career.

Miller: How did you feel about the Army after Afghanistan? And how about now, as far as you know, being in the Army?

Cole: You know, the moment I joined, I was like, Okay, I'm just gonna do three years, get out, go to college. But it was when I returned from Afghanistan, that's when I knew I wanted to make it a career.

Miller: Why is that?

Cole: It's just the way it is. The lifestyle. The camaraderie. The friendships that you build. The different types of people that you meet from all over the country. And it's just different. And it's not what I was used to before the Army. And I just really like it.

Miller: Have you been at Fort Campbell now for a while?

Miller: And so I understand you contracted COVID. How did that happen? Do you know?

Cole: So, in August, I got COVID. We were training. We were in kind of like a patrol base. That's where the whole platoon is centrally located. It was at Fort Polk, Louisiana.

Miller: So you were sent to Louisiana for training?

Miller: How long were you in Louisiana?

Miller: This was in August 2020. So, this was pretty much before the vaccine was was readily available.

Miller: So you didn't have a choice at that point to get the vaccine?

Miller: Do you think you just contracted it because people had it? And there were no vaccines?

Cole: I think so. I think that's what happened. We all took the, you know, necessary precautions. Everyone got tested before we went out to the field.

We stayed apart, had our mask on if we were close. And a soldier was stating that he couldn't taste or smell anything. So, they pulled that soldier out, tested him. He tested positive. They pulled everybody else out. And that's when I tested positive. I didn't have any symptoms in the beginning.

Miller: When did you start having symptoms?

Cole: It was about the third day in the isolation. I was coughing. I had a fever. I laid down on the floor because it was cold. And I couldn't get back up. I was coughing up blood, and a whole bunch of other stuff.

Miller: And then how long did that go on? Or did they take you to the hospital?

Cole: No, we were close to hospital. But that went on for about a day-and-a-half. And then it just stopped. And I just had a lingering cough afterwards.

Miller: And then when you came back to Fort Campbell, how did you feel?

Cole: I mean, I felt like I was just out of shape, you know, being locked up in a room for 10 days. So, when we came back, I was taking my squad out for a run. And then a week went by, went on another run. They were doing fine, I wasn't. Another week went by, same thing. I was like, okay, something's not right. I can't breathe when I'm running. I'm still coughing, coughing up mucus for a long time. Something's not right. I need to go get looked at. That's when I was started getting looked at by the medics and stuff like that.

Miller: So, what's been happening since then?

Cole: Since then I was diagnosed with severe asthma. I got moved out of a squad leader position into the headquarters element of my company. And I just handle administrative work right now. And yeah, since September-ish I still can't breathe, doing simple things. When I go on a run or walk really fast or go upstairs, something like that. It's been the same since then. I've had slight improvement in the past couple of weeks, but it's not drastic. I've had a lot of blood work done. I found out I was immunodeficient. All these things didn't happen prior to COVID. Like I didn't have asthma prior to COVID. I didn't know I was immune deficient.

Miller: So, is there a treatment or something now?

Cole: So the treatment right now, I'm on two different types of inhalers and an injectable shot every two weeks. And we're just gonna keep doing that until hopefully, you know, we see drastic improvement. I started going to a pulmonary specialist in Nashville. I've lost some total lung capacity. So, let's say normal is like 100 percent. I’m at like 70 percent of total lung capacity.

Cole: To be honest, I don't really like it. I would rather be out with my soldiers training. You know, just being out there with them, it's really heartbreaking to see them go out to the field. And I just have to stand back and watch because I can't do the things that I used to do.

Miller: Do you consider yourself what they've been calling a “long hauler”?

Miller: I guess it seems so sudden and unexpected.

Cole: Yes, it was. It was extremely unexpected. I came down on orders to be a drill sergeant. That was my next big step in my career. I was gonna go be a drill sergeant and, you know, mold the future soldiers of the Army. That was cancelled. I can't do that anymore. I'm currently going through a medical evaluation board. And since I've been diagnosed with severe asthma, that makes me not qualified for retention standards, which means if I can't control asthma, and if I can't, you know, do the standard, then I'm not fit for service. So that's currently what it's looking like right now. I'm going to be separated from the army, medically.

Miller: So how do you feel about that?

Cole: When they first told me, it really took a toll on me, on my mental health and everything like that. And I was devastated. I really was. I wanted to make this a career. I had no other plan. I was like, okay, you know, what's my next step? But since then, the main thing that I wanted to do is, I want to use the benefits that I have, obviously, and use the GI Bill to go to college and get a degree in biomolecular engineering. Yes, I want to be able to help other people and potentially fix what's wrong with me and other people as well. And then the other thing, I love the Army. I've given nine years of my life to the Army. If I can continue to give that, you know, give that support to soldiers, and then that's what I'll do. I've been thinking about getting a job here on post, like, be at Range Control or the Soldier Support Center, just to help other soldiers.

Cole: Thank you very much. 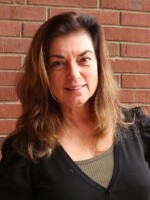 Rhonda Miller
Rhonda Miller began as reporter and host for All Things Considered on WKU Public Radio in 2015. She has worked as Gulf Coast reporter for Mississippi Public Broadcasting, where she won Associated Press, Edward R. Murrow and Green Eyeshade awards for stories on dead sea turtles, health and legal issues arising from the 2010 BP oil spill and homeless veterans.
See stories by Rhonda Miller
Learn All About WKMS Vehicle Donation!
Looking for Something to Do?
Search Local Events
Related Content