We’re having some technical issues with WKMD 90.9 FM in Madisonville. The signal is currently at low power and we’re working to get back up fully. Thanks for your patience.
Business & Economy

Jobless Rate Drops in Most Counties but Rises Statewide

Jobless rates have improved in 107 Kentucky counties, but not Jefferson.

The Kentucky Office of Employment and Training released the latest unemployment numbers today. They show Jefferson County's jobless rate jumping from 8.1 percent in April to 8.6 percent in May. Most counties in the Louisville area saw similar increases.

Last May, the Jefferson County unemployment rate was 9.9 percent.  And while most counties saw a drop in joblessness, overall unemployment for Kentucky rose from 7.8 percent in April to 8.1 percent in May.

Woodford County had the lowest unemployment rate in the state at 5.3 percent. Fulton County had the highest jobless rate at 19.9 percent. Additional information from the Associated Press 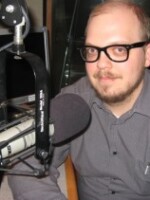 Gabe Bullard
Gabe Bullard joined WFPL in 2008 as a reporter on the city politics beat. Since then, he's reported, blogged, hosted and edited during elections, severe weather and the Fairdale Sasquatch scare of 2009. Before coming to Louisville, Gabe lived in St. Louis, which was his home base for years of growing up, studying and interning at various media outlets around the country.
See stories by Gabe Bullard
Learn All About WKMS Vehicle Donation!
Looking for Something to Do?
Search Local Events
Related Content