Mitch Whitaker is the chair of the Republican Party in Letcher County, Kentucky. He’s knocking on the door of a house that just so happens to sit across from the trailer that now contains Fleming-Neon’s city hall and police department. That’s because everything downtown was destroyed by flood waters.

“I’m with the Republican Party and [the homeowner] said we could put up a Rand Paul sign,” Whitaker says to a woman who answered the door. “Do you have any preference on where I put it?”

She walks him over to a spot in the yard and Whitaker gets to work. He said he’s been behind on getting signs up because, like everyone else, he’s had a more pressing problem: flood cleanup.

This year’s General Election falls three months after catastrophic flooding destroyed lives and homes in eastern Kentucky. Elected officials and local political groups are worried people won’t turn out to vote. They say it’s a bit ironic because this election could be more important than ever: the leaders voters elect will likely play a key role in steering the recovery.

Meanwhile at the Letcher County Courthouse, Deputy County Clerk Sharaye Whitaker – no relation to Mitch – sits amid a chorus of ringing telephones. She’s one of those people having to work a lot harder.

At her desk, just across the room from the county’s ballot drop box, she’s doing her level best to make sure everyone’s vote counts.

“It’s a chaotic mess,” she laughs with exhaustion. “I wouldn’t wish it on anybody.”

Four of the buildings Letcher County used as polling places were destroyed – more than any other county in the area. In most cases they found alternate sites, but Sharaye Whitaker worries about those in the most rural areas being aware of the changes.

“And I hate that there’s not something closer for us to put for them, and that’s most of the problem right now,” she said. “There’s not a central location for everybody. Hopefully we don’t have any of that confusion.”

Like Mitch, Sharaye Whitaker worries voter turnout will be low this election. She says for those flood victims who’re trying to vote early, they’re running into little hiccups.

For instance, Kentucky voters need to have an excuse to get a mail-in or in-person absentee ballot. But there’s just one little problem:

“There’s not an excuse on there for flood victims,” she said after reading off a long list of all the other boxes someone can check as their excuse.

Any change like that would have to come from state lawmakers. But in a special legislative session for flood relief, no special voting measures were brought up.

In 2018, data analyst William Zelin looked at voter turnout in Florida counties after a deadly hurricane. He says there was a 7% drop in turnout.

“The drop off was steep,” he said.

But Zelin also noticed a potential solution: That year, Florida gave voters in those hard-hit counties extra early voting days. It made a big impact.

“These are policies that again, they might not fully bring turnout all the way up to levels that they could be otherwise, but definitely better than nothing, especially given that these major weather events are occurring more and more often,” Zelin said.

Kentucky Secretary of State Michael Adams says adding more voting days for flooded eastern Kentuckians wasn’t considered because county clerks didn’t ask for them. He says, based on their plans, he doesn’t expect the flood will depress voter turnout.

“They felt actually pretty good about their ability to run their elections and for people to vote in those elections,” he said. “But I’m also realistic that we’re not going to have a huge turnout, because we suddenly add these days.”

Whatever the voter turnout winds up being, it won’t be from a lack of trying from Mitch Whitaker, the local GOP chair.

“I can’t be too enthusiastic about people turning out for this election,” he said. “I for one would love it if we could just postpone the election because we’ve got so many other things to worry about right now. Democracy doesn’t stop I guess.” 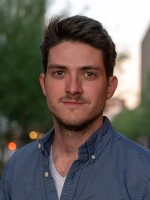